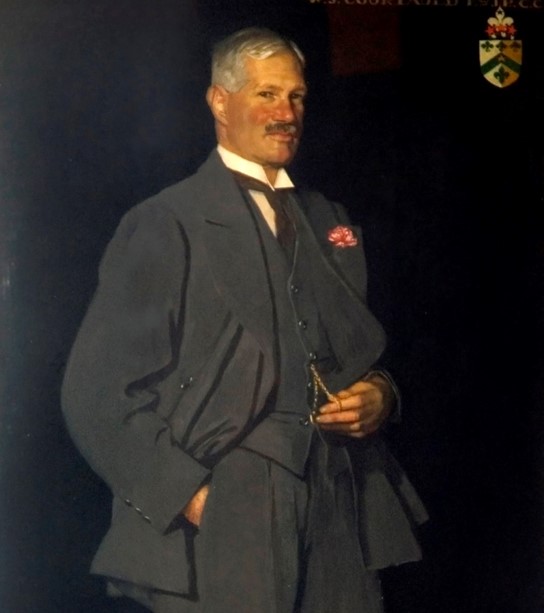 The town hall was a gift of William Julien Courtauld, whose family were the largest public benefactors to Braintree and the District and whom wanted “only the best” in a grand civic building in the centre of the town, sufficient to join the separate parishes of Braintree and Bocking. Julien wanted to create a grand civic building to raise the standard of local values both in architectural and artistic expression.

Mr Courtauld was presented with a gold casket thanking him for his generosity. The gift was the result of 1,703 townspeople contributing their sixpences and shillings to thank him for his kind gesture. The casket has beautifully ornamented with the Courtauld coat of arms, the town arms and a view of the Town Hall. 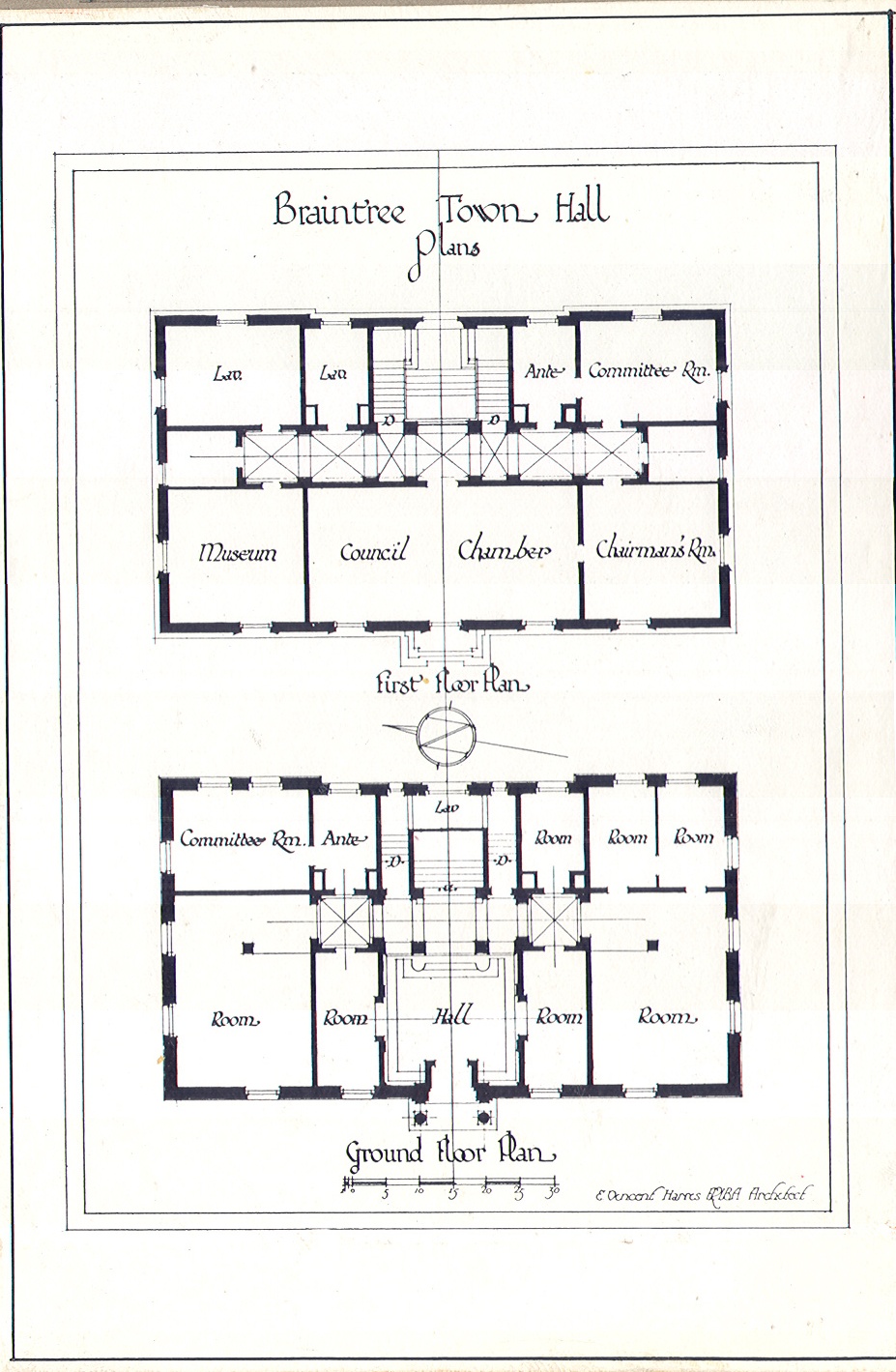 The building was designed by Emanuel Vincent Harris who designed a selection of other great buildings such as, the main ministry of defence building, Leeds civic hall and Kensington central library.

The foundation stone was laid by Mr G.T.T Bartram on 16th October 1926 at a ceremony attended by a large audience. The original estimate was in the region of £10,000 but by its completion, this figure had risen to well over £50,000.

The foundations, floor and roof were constructed of reinforced concrete and therefore make the building an early example of the use of this material.

The original interior décor was further enhanced with the addition of the fine ceiling murals painted in the principal rooms. All of these works of art perfectly complement the rich wood panelling and Portland stone used in the building. The town hall provides insight into civic pride and artistic expression of the 1920’s. 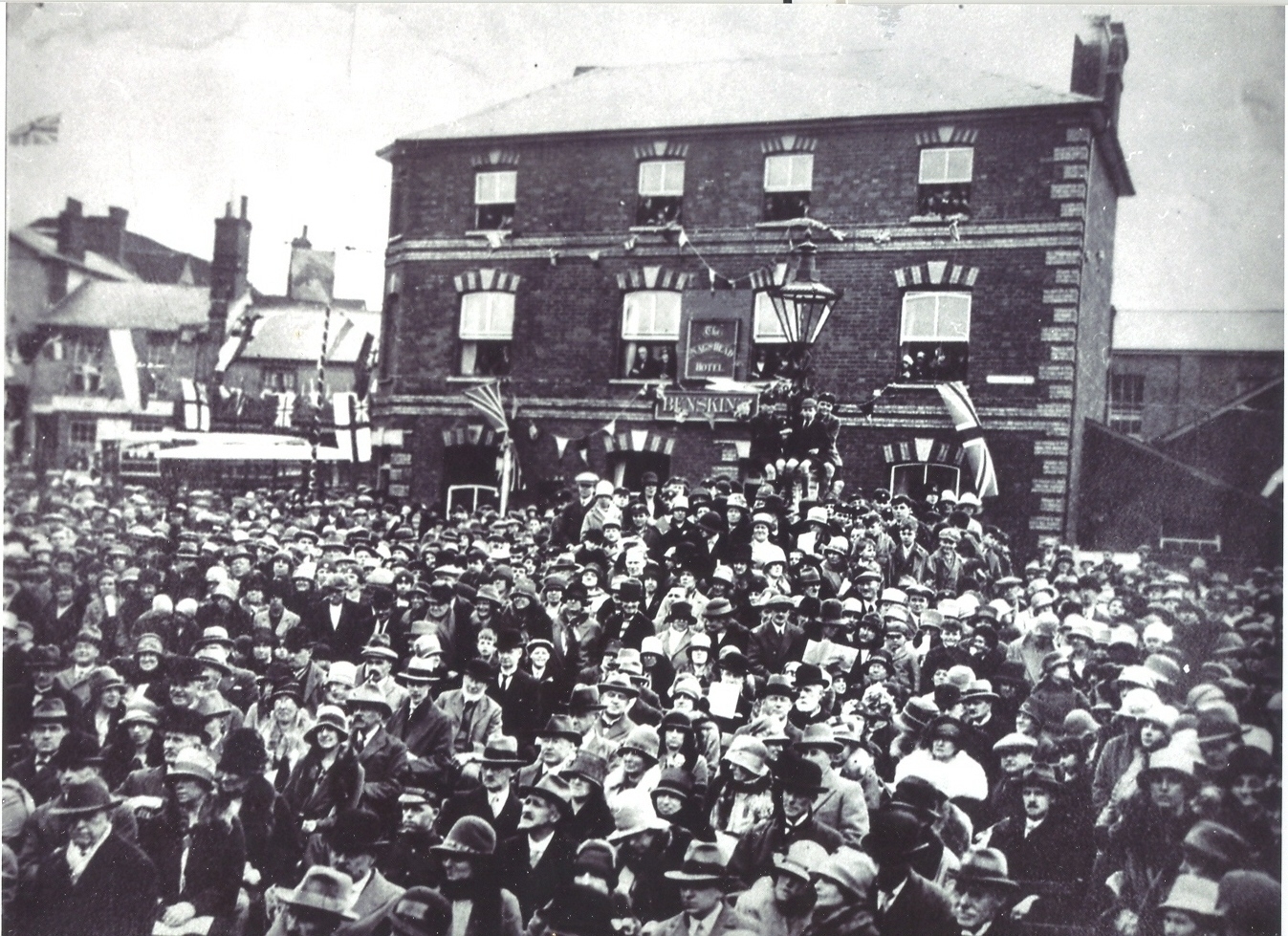 The town hall opened on May 22nd in 1928, Market Square was filled with local dignitaries and residents, proud of their new town hall and as a mark of respect to the family whom gave so much to Braintree. 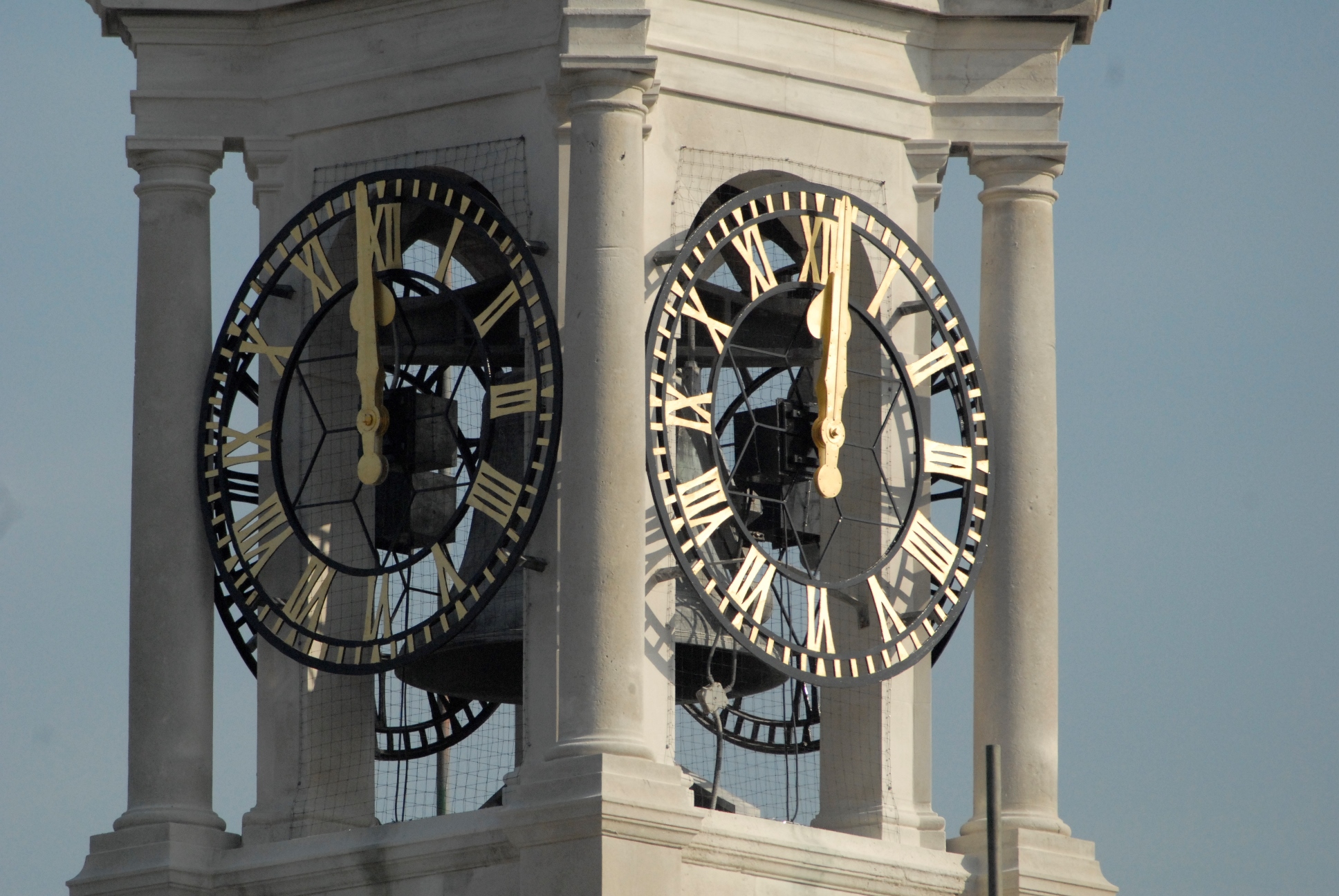 A Special Feature of the exterior of the Town Hall is the fine open tower with its chiming clock and Braintree coat of arms.

The five bells of the clock tower were made by Gillett and Johnston of Croydon and vary in weight form 3cwt for the smallest to 33cwt for the largest which has a very deep tone. The smaller four bells play the Westminster Chimes and the largest bell strikes the hours.

When the bells were cast at the foundry, they were christened by the Prince and Princess Reginald de Croy and Mr. and Mrs. W.J. Courtauld. The ceremony involved throwing silver coins into the molten metal. The largest bell is named “Constance Cicely”, after Mrs. Courtauld.

The five bells on the clock tower vary in weight from 3 cwt for the smallest to 33 cwt for the largest and are mounted in the clock tower in a vertical row in the following order from the top 1, 3, 2, 5, 4. No. 5 is a large bell having a very deep tone, and there were few larger in the Country at the time that the Town Hall was built. Nos. 1, 2, 3 and 4 play the Westminster Chimes and the quarters, and No. 5 strikes the hours. 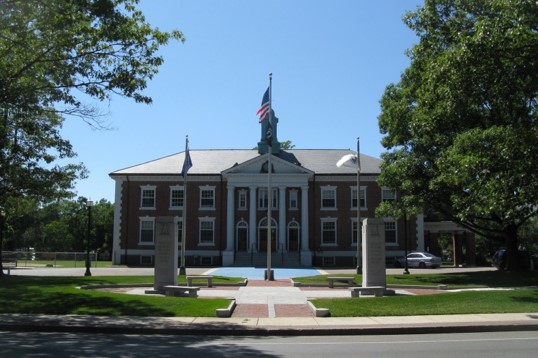 In 1949, a tablet was presented by the citizens of Braintree, Massachusetts, to mark the 750th Anniversary of the granting by King John of a weekly charter for the holding of a weekly market in Braintree, England. This tablet is now displayed on the main staircase within the building.

We also have a large brass Rotary Club bell on display in one of our rooms which was a gift from Rotarians in Braintree, Massachusetts. The bell was made in 1990 after the original bell was stolen in the 80’s. The bell was formerly used in our Council Chamber.

The Town Hall of Braintree MA, also appears to have a similar design to that of ours.